Saddling up for the EV-technology gold rush

As a journalist for Autovista24, Tom covers a wide variety of stories from across the automotive industry. From sales figures to the development of technology, he wants to know what is driving the industry. 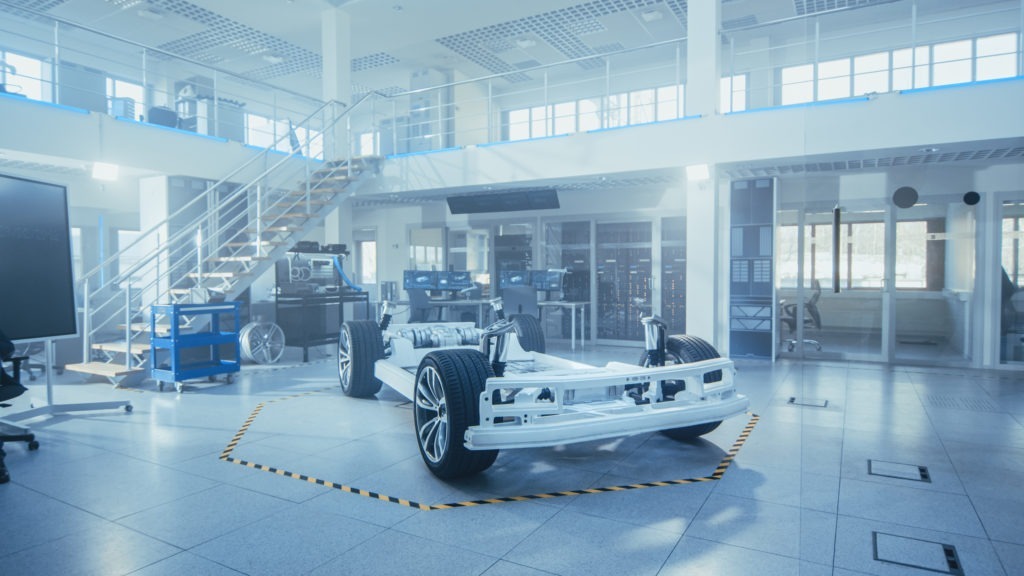 The automotive industry is undergoing a historic transition, moving from the internal-combustion engine (ICE) to electromobility. This is creating a gold rush as companies develop new electrically-chargeable vehicle (EV) systems.

TAE Technologies states that, by 2030, the energy-storage and electromobility markets are estimated to be worth a combined $1.2 trillion (€1 trillion) annually. Increasing its presence in this world, the fusion-energy company is forming a new power-management division.

TAE’s new power-management division will operate in the mobility and energy-storage sectors. According to the company, this new venture is already in advanced discussions with automotive manufacturers and fuel retailers. It is expected to begin generating revenue next year through licensing and partnership work.

The division will develop EV-powertrain technology capable of providing reduced costs, more design flexibility, greater efficiency, longer battery life, better charging and improved safety. If this new venture is capable of putting such a system together, it will most certainly have struck gold.

‘I am very excited by TAE’s power-management technology, which is truly ground-breaking. It will completely transform the EV mobility market while significantly reducing operating costs,’ said David Roberts, the division’s new CEO. ‘Not only has it enabled tremendous strides in accelerating commercial fusion, the immediate applications for such technology also stand to advance everything from utility transmission to EV efficiency.’

Since January, battery-analytics company SPS has been working with roughly 50 LEVC TX all-electric taxis and a new sports car made by Watt EV Company. These vehicles have travelled a collective 50,000km, each fitted with a data-collecting device. Powered by the internet of things (IoT), these devices constantly communicate with the company’s cloud-based software.

Working alongside Imperial College’s battery researchers, SPS’s machine-learning platform (EV-OPS) has built a digital twin of real-world batteries. This allows for real-time analysis of performance and health, but also the potential to predict lifespan.

‘This really is the holy grail,’ explained Pete Bishop, CTO of SPS. ‘Understanding how an electric vehicle’s battery is performing right now – and predicting how it will perform over the coming years – is absolutely critical for many sectors. But to date, there has been a lack of data and predictive modelling has been largely lab-based.’

These digital doppelgangers could be an enormous step forward for an electrifying industry. Manufacturers could gain better insights into performance, allowing them to accelerate the development of EVs. At the same time, fleet operators could get a better breakdown of performance, while fleet owners could better predict future residual values based on battery health.

Mahle and Allotrope’s new battery technology combines the benefits of supercapacitors and lithium-ion batteries, enabling recharging times that rival the speed of ICE refuelling. The cells, known as Li-C, are free from rare-earth metals, fully recyclable, and not susceptible to thermal runaway.

‘Range anxiety is often quoted as the main barrier to electric vehicle adoption. But if the battery could be recharged in the same time it takes to refuel a conventional IC engine vehicle, much of that worry goes away,’ said Dr Mike Bassett, Mahle Powertrain’s head of research.

He turned to urban delivery vehicles to explain the technology’s potential. Petrol-powered mopeds have seen increasing popularity alongside the expanding on-demand economy. ‘Decarbonising these deliveries has so far proved difficult without maintaining a stock of expensive interchangeable batteries or switching to a larger, heavier electric vehicle with increased energy consumption.’

But working with Allotrope, Mahle has explored how electric mopeds could be powered by an inexpensive, small capacity, lithium-carbon battery that could be recharged between stops in 90 seconds. ‘With ultra-fast charging, the size of the battery can be optimised to suit the scenarios the vehicle will be used in, and that leads not only to weight savings but also cost reductions that further lower the barriers to decarbonisation,’ Bassett pointed out.

With charging anxiety replacing range reluctance, a battery capable of ICE-challenging refueling times would be enormously valuable. So alongside TAE, SPS and innumerable other businesses, Mahle is in on the electric gold rush. But only time will tell whether each of these technologies will pan out.

Electrification is advancing at a much faster speed than many expected as more electric models enter the market, especially in Europe. This puts viable European...

The social divide – who can afford a BEV?

Is there a risk that regulation and electric mobility will result in only the relatively wealthy being able to afford electric vehicles? Dr Christof Engelskirchen,...

Not all lights are green for fleet decarbonisation

The British Vehicle Rental and Leasing Association (BVRLA) has revealed ‘dangerous gaps’ in the fleet market’s road to decarbonisation. Some sectors have been accelerating towards...

Yes, please sign me up to receive pan-European news and insights from the Daily Brief